Chris Gunton works with film, video and digital media. His photos have been exhibited in galleries all over Europe including The National Portrait Gallery and The Institute of Contemporary Arts, and his work was seen in Foyles Bookshop Gallery and the Gay Photographers Network annual exhibition (all in London). His work has appeared in magazines and as postcards internationally and as far away as Australia and America. Gay Mans Press published a book called ‘ESPRIT’ devoted entirely to his nude male photography.

“Rather than only photographing the outside shell, my pictures try to uncover the more intimate side of the human psyche. I manipulate light and shade, using shadows as a means to reveal the sensuality hiding deep inside the male nude”.

CHRIS GUNTON, born in London in 1952, worked in an office for two years as a draftsman, then started working in the theatre as, amongst other things, a professional lighting technician. This experience instilled in him a taste for photography, which was soon to become his main career.

His reputation started growing when his photos were published by several leading European gay magazines, among which the “late” ‘Gai Pied’. More recently, ‘Erotica’, an ironic but highly professional British photographic magazine, featured his work.

Chris Gunton regards photography as a means to an end, not just an end by itself. A photographer should look at images the same way a nose appreciates fine perfumes or wines. He is convinced that a photographer must be technically adept and, at the same time, try to realise his vision. In that respect he thinks that a society with repressive morals or one that is simply ill at ease with sexual matters, suppresses creativity and will not stimulate a healthy atmosphere. His long stay in Amsterdam was above all a sexually liberating period as well as the catalyst for his creative energy.

Gunton’s work is rich with men inhabiting an iconographic narrative, in which one can read isolation, despair and growth. The way they occupy the space exposes their imprisonment in reality. They are vulnerable, and not simply because they are naked; their depiction reveals a strong desire for confirmation. The images of closed fists are a simple yet forceful metaphor, evoking strength in a gesture typical of chrysalides men.

translated from the french by: tasio ferrand

There are ambiguities in Chris Gunton’s photographic studies of the male nude. His work is well able to stand up for itself, touching on the darker side of our sexual selves. A powerful sense of theatre and dance is well handled by Chris Gunton, as naked men, in carefully staged poses use such props as a cross, barbed wire or the sensuality on net fabric to comment on desire, on pain and of the diverse nature of sexuality. Nakedness is presented, not as an expression of sexual desire, but as a stripping away of the trappings of convention in search of a more direct and ultimately more honest statements about the complexities and contradictions of the emotions. 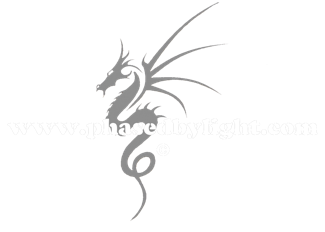